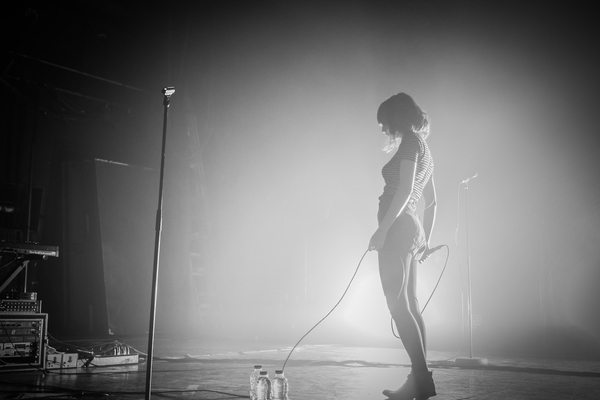 I could have easily chosen any of Chvrches’ four 2013 singles for this spot on my list – they were all that good – but in the end I decided to go with the second song I ever heard them do, one that’s hung around and hung around all year long to the point that I’ve become quite attached to the thing. It might seem like fairly rote electropop, but it’s smarter than you think, which is reflected in the clever arrangement, which starts with stuttering synth stabs and glitch beats, moves to a more insistent beats and more graceful synth notes in the bridge, to big, sweeping, cascading, sustained chords in the chorus. But it’s Lauren Mayberry who provides the track with gutwrenching humanity, the monosyllabic way she spits out those words sounding like a girl trying to speak in between sobs: “I’ll give you one. More. Chance. To say we can change. Or. Part. Ways. And you take. What. You. Need. And you don’t. Need. Me.” Your heart bleeds for her.