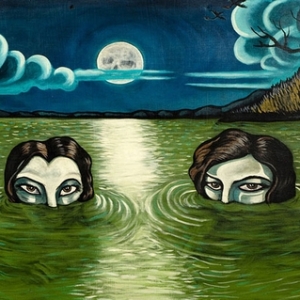 It’s been so fascinating following the Drive-By Truckers for the past 13 years, watching the band evolve through various, distinct stages, supporting members coming and going, everyone maturing, gaining perspective with old age, the core of Patterson Hood and Mike Cooley going from hard-drinking rockers to introspective middle-agers, poets all the same. The band’s tenth album is a much more subdued effort compared to classic albums that have so consistently dominated my year-end lists over the years, scarred with personal tragedy yet permeated with the kind of hope that comes from spending time with your family more after years of hard living on the road. What sets this record apart, however, is that Cooley, perpetual partner in crime yet sporadic collaborator, really steps up his game in the songwriting department, writing half the album and even, for the first time, singing one of Hood’s own compositions. The two are decidedly different songwriters – Hood the classic storyteller, Cooley the witty wise-ass – but they’ve always complemented each other perfectly, and you feel that chemistry more than ever on English Oceans. It’s as if it’s a statement by the two guys that, after all the inner turmoil and supporting band members and collaborators, this is their baby, and the 13 songs here feel like they were created with the assured hands of grizzled masters of the craft, immediately comfortable and familiar, but still capable of pulling the rug out from under you. This album’s bog rug-pulling moment doesn’t happen until the final track, the nearly eight-minute “Grand Canyon”, a sprawling, stately waltz that finds Hood musing vividly about life and loss, the song slowly, subtly tinkering with drones and feedback, wistful Americana colliding with harsh reality in a way that hasn’t been done since Wilco’s Yankee Hotel Foxtrot. It’s a moment that proves that though they’re settling into a good routine onstage and off, Hood and Cooley are still capable of the odd new masterpiece. It’s stuff like that which keeps fans like yours truly perpetually excited about what the Drive-By Truckers will pull off next.