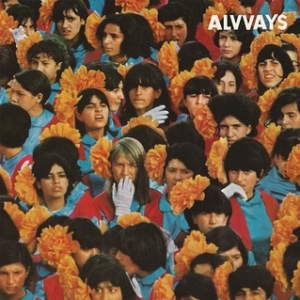 In various discussions over the years, from the Polaris panel to conversations with fellow writers and music fans, a certain question arose when Alvvays’ debut album was brought up: how can this be singled out as one of the very best Canadian albums of the year when it’s so derivative? When it comes to declaring the “best” music, some people think “best” means “groundbreaking”, which if you ask me is a flawed approach. Why can’t it be a spot-on imitation of twee C86 indie pop? It might not be anything new, but if it’s done as well as anyone could ever expect from such a band, it absolutely deserves recognition. And does this beguiling little album ever deliver. A descendent of one of the most famous families in Canadian music, Molly Rankin takes the torch once held by her late father and runs with it on Alvvays. Cleverly produced by Chad Van Gaalen, this album is steeped in nostalgia, bridging two distinct sounds from 20, 25 years ago: the DIY indie rock sound of Halifax, Nova Scotia, and especially the twee sound from the UK, namely the influence of Scottish bands like Orange Juice and Belle and Sebastian. What separates Alvvays from the Best Coasts and Pains of Being Pure At Hearts of the indie world, however, is a surprisingly rich sound, thanks in large part to guitarist Alex O’Hanley, as well as enough dry wit from the dulcet-voiced Rankin to rival that of Camera Obscura. With such gems as “Party Police”, “Ones Who Love You”, and the knockout “Archie, Marry Me”, Rankin and Alvvays make a tremendous, confident statement on their first album.