Posted on December 13, 2015 by basementgalaxy 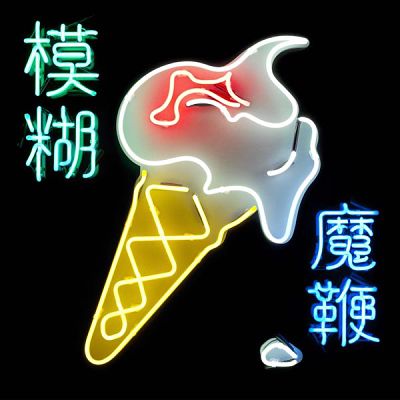 It’s funny to think that it had been 20 years since I heard a Blur album I really loved. They’ve never been short on great songs, but ever since stepping outside their classic Britpop sound of the early 1990s their albums started to lose me more and more. Personally I’ve always found them to be a much stronger band when finding a balance between cheeky pop and rock experimentation. So although there were some ace singes throughout, 1997’s Blur was too preoccupied with mimicking Pavement, 1999’s 13 felt too arch for its own good, and 2003’s Think Tank felt apathetic. Anyway, 12 years later, the story of The Magic Whip is a fun one, and perhaps is a big reason why album number eight turned out to be such a pleasure. In 2013 the band members were stranded in Hong Kong for five days, and decided to make use of their time by working on new material. Guitarist Graham Coxon revisited the songs with producer Stephen Street in 2014, realized there was a good album in the new recordings, and after he, bassist Alex James, and drummer Dave Rowntree fleshed out the tunes, Damon Albarn came in with newly-written lyrics from another stay in Hong Kong, and after a slow gestation the album was finished early this year. And what a joy it is, too. It’s so easygoing in its assuredness that you can hardly believe a dozen years have passed, and better yet, this is a consistent collection of their most immediate-sounding songs in ages. Some, like “Lonesome Street”, “Thought I Was a Spaceman”, “New World Towers”, and the delightfully silly “Ong Ong” evoke classic early-’90s Blur, while others like the krautrock-derived “Go Out” and the Philly soul of “Ghost Ship” show that experimental side while still retaining very, very strong hookiness. There was no inner turmoil getting in the way, no egos, and only just a little pretension (rock music does need pretension from time to time), just chemistry between four gifted musicians. What came out of it was an immensely pleasing album that exceeded expectations, especially my own. (Spotify) (YouTube)