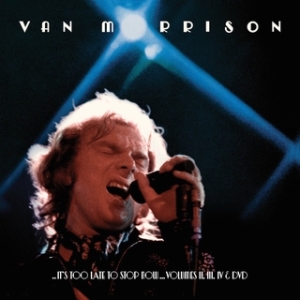 It’s been a fun time to rediscover the work of Van Morrison, as his body of work has been revisited and reissued by Sony Legacy, and in the case of this astonishing live document, the vaults plundered and a classic live album gloriously expanded. A companion piece to 1974’s classic It’s Too Late to Stop Now double live album, It’s Too Late to Stop Now… Volumes II, III, IV & DVD features three separate complete concerts Morrison did in 1973 with his 11-piece Caledonia Soul Orchestra, 45 tracks that have never been released before. They were immaculately recorded in three completely different venues, and have been beautifully presented here, with no overdubs. The man and his band are on fire throughout, putting on a clinic of R&B, soul, jazz, pop, and rock. The two long renditions of “Cyprus Avenue” alone send chills down your spine. (Spotify)

I was never as big a fan of Big Star’s troubled and final album Third as I am of #1 Record and Radio City. I greatly preferred Big Star as a complete band more than Alex Chilton’s vanity project that Third was, and I also often found Third to be too steeped in Chilton’s own misery to warrant more than sporadic listens to the entire thing. This fascinating, in-depth look at the creation of the infamous record, however, is a marvel to hear. It works as an audio documentary, as you hear the album take shape from demos, to tentative studio takes and rough mixes, to the sublime final product. And that evolution puts the completed (for lack of a better word) album into better context, and classics like “Holocaust”, “Kizza Me”, “Thank You Friends”, and “Kanga Roo” resonate even more than they did in the past. If you like Big Star or Chilton, this is an essential listening experience. (Spotify) 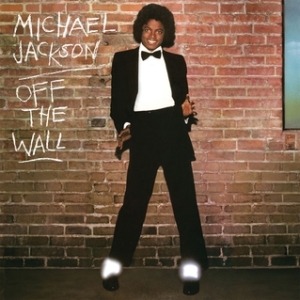 8. Michael Jackson, Off the Wall (Legacy)

Pop music does not get any better than the 41 minutes of perfection that comprise Michael Jackson’s epochal solo breakthrough. His first of three colossal collaborations with Quincy Jones, the 21 year-old Jackson liberated himself from his Motown and Jackson 5 past with a dazzling exploration of funk, disco, soul, and pop, and its impact has not diminished one iota in the decades since. It’s young, pure, full of life, and in Jackson’s case, a snapshot of a happy time, on the cusp of mega-stardom that would happen three years later, and eventually cast a pall over the rest of his life and music. The new reissue of Off the Wall is a splendid one, accompanied by a DVD featuring Spike Lee’s documentary Michael Jackson’s Journey from Motown to Off the Wall, a loving testimonial to one of the greatest albums ever made. (Spotify) 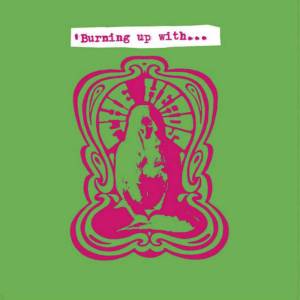 One of the many highlights of Roadburn 2015 was seeing London psychedelic rock weirdos The Heads play a special set of rock ‘n’ roll jams in the main big venue at the 013 in Tilburg, Netherlands. Only at Roadburn can a Heads show be in front of 3,000 people packed into a theatre, and on this day they seemed to feed off that energy, playing a raucous, roaring, continual set of krautrocky garage rock tunes that absolutely blew my mind to smithereens. As they played I kept thinking, I have no idea what this song is or if it’s ever been recorded, all I know is I hope like crazy this set is released as a live album. And whaddya know, that’s exactly what Roadburn did. It’s such a cool thing to hear a live album recorded at a show you attended, and I’m grateful this was put out. (Bandcamp)

For the record, ‘scuse the pun, I only have the two-disc Cre/ation compilation as well as the 2016 mix of Live at Pompeii. I do not have the ridiculously massive, 25-hour box set, but I have heard more than enough of it to admire this project. Basically Pink Floyd emptied their vaults from their pre-Dark Side of the Moon days to create the ultimate feast for any fan. As a longtime fan of the 1972 Pompeii recording, I was very excited to get my (digital) mitts on that new remix, and it turns out the Cre/ation set is a wonderful little encapsulation of the best the massive complete set has to offer. While it’s not as essential as their early albums remain, it’s still a very fun glimpse into Pink Floyd’s formative years, offering a look at the band’s rapid evolution from psychedelic standouts to progressive rock innovators from a slightly different perspective. (Spotify)