My favourite movie of 2018 was Gaspar Noé’s Climax, a crazed film about a party at a dance studio that goes horribly, horribly wrong thanks to some spiked sangria. Mostly the movie is a blunt allegory for society in general, but because its characters are professional dancers, Noé makes sure the soundtrack is wall-to-wall dance music, running the gamut from the classic disco of Giorgio Moroder, to the new wave of Soft Cell, to ‘90s faves M/A/R/R/S, to innovators such as Aphex Twin. Toss in a couple of brilliant new tracks by Daft Punk maestro Thomas Bangalter, and you’ve got a high-energy dance party for yourself. Just don’t let any children drink the sangria. 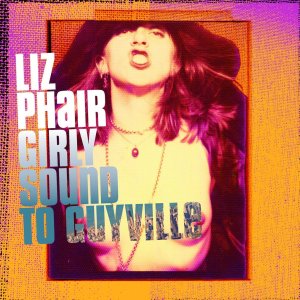 It’s a shame Liz Phair didn’t accomplish anything as significant as she did from 1990 to 1995, but at the very least she is responsible for a stone classic album in Exile in Guyville. An instant classic when it came out, Guyville has aged beautifully over the last 25 years, one of the strongest feminist statements in rock history. What makes this re-release so wonderful, however, is the inclusion of the three notorious Girly-Sound tapes Phair recorded in the early-‘90s. At the time she was a prolific, inspired, feral songwriter capable of biting wit and astonishing soul, and these lo-fi recordings chronicle the gestation of a masterpiece of an album. For a brief spell Liz Phair was a peerless talent, and this set is an absolutely essential document of ‘90s alt/indie rock.

Compared to the lavish reissues of Metallica’s first four full-length albums, Metallica’s 1987 covers EP went by with little fanfare, but its historical importance is crucial, and it’s wonderful to see this rough-around-the-edges record given a good spit and polish. At the time of its release Metallica were at the absolute peak of not only their musical ambition but their influence as well. From the band t-shirts they wore to the songs they decided to cover, they were the biggest tastemaker in heavy metal, and the six tracks they chose to cover for this stopgap release between Master of Puppets and …And Justice For All were revelatory to teenaged fans like myself. It was through this EP that I discovered future favourites Misfits, Killing Joke, and Budgie, and their absolutely scorching cover of Diamond Head’s speed-riddled classic “Helpless” remains the best cover song Metallica ever did.

7. Diamond Head, Lightning to the Nations – The White Album

If you were to ask me to list the ten greatest heavy metal albums of the 1980s, Diamond Head’s 1980 debut would be included. Along with the debut albums by Iron Maiden and Angel Witch, Diamond Head’s Lightning to the Nations brought a new level of aggression, technicality, and speed to the nascent genre. Although it faithfully followed in the footsteps of Deep Purple, Rainbow, and Judas Priest, this album also forged new territory. The arrangements were ambitious yet at the same time boasted energy that feels so propulsive to this day. Not only that, but the interplay between guitarist Brian Tatler and singer Sean Harris is so clever, especially on classic tracks like “Helpless”, “The Prince”, and the immortal “Am I Evil?” If there was no Diamond Head, there would be no Metallica as we know it, end of story. Top marks to High Roller Records for putting together a gorgeous vinyl reissue of this great album, full of bonus tracks and excellent liner notes.

I didn’t know anything about Japanese band High Rise before this year. Back around January, however, folks whose opinion I respect started chattering about the re-release of the obscure band’s 1986 album, and once I heard it I was wowed. In the tradition of the Velvet Underground, Simply Saucer, and the Stooges, this is garage rock at its most ferocious, featuring the kind of searing guitar work that leaps out of the speaker and annihilates your ears. With punk-like energy, jazz-like improvisation, and heavy metal volume, this is a full-on assault, culminating in the glorious “Pop Sicle”, a 13-minute krautrock/garage rock exercise that recalls the greatness of “Sister Ray”. If you like rock music, especially LOUD rock music, you need this record in your collection.